Preventing crime in the garden, outbuildings and garage

According to statistics from UK insurance companies, whilst house burglary has been decreasing in recent years, garden crime has been on the rise to about 1 million crime reports a year.  Garden crimes jump by about 50% during the summer months, but can happen all year round.  According to a press release in 2008 by insurance company RIAS, the level of garden crime, including theft from outbuildings and the garage is costing victims more than £400 million a year and many people’s home insurance policies do not include cover for the garden. Why is this happening?  There are lots of reasons and the following sections explain what’s been going on. 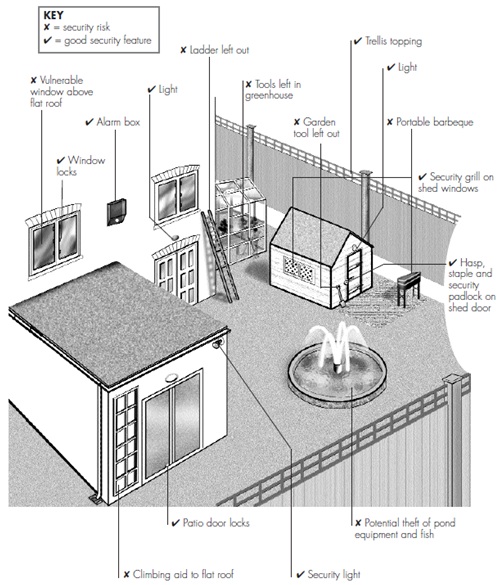